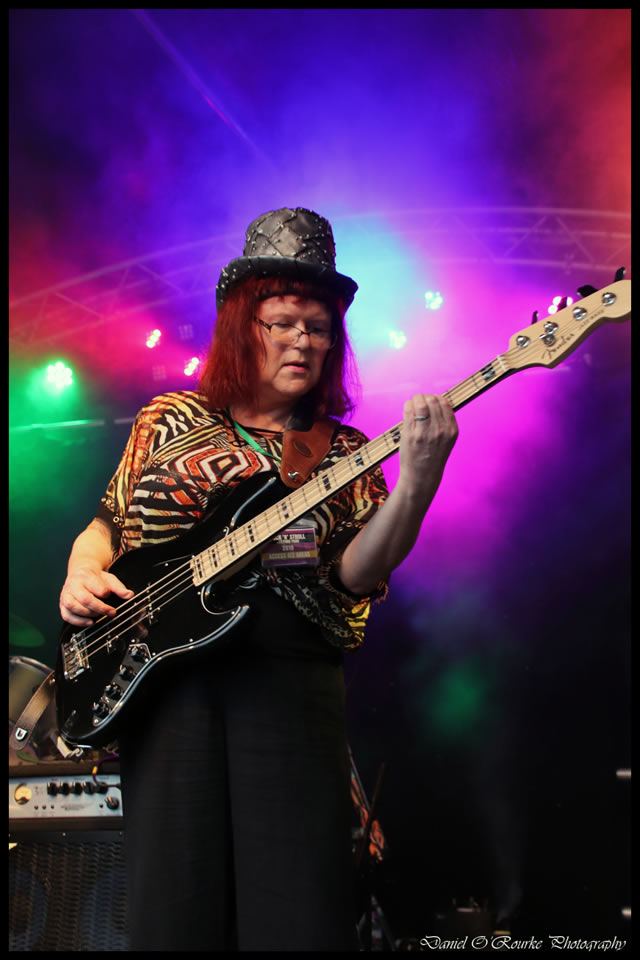 ‘Sazz Hat’ Sarah was born in Slough, Buckinghamshire and lived in rural Berkshire until the age of 10, when she and her family emigrated to Southern Africa, settling in pre-independence Zimbabwe. The family lived there during the bush war years of the 1970’s, and this is where she was bitten by the bass bug. After listening to a Beatles greatest hits compilation at the age of 12, she was captivated by the sound of Paul McCartney’s bass playing, and was soon the owner of her first guitar, a Hofner ‘violin’ bass.
After re-locating again to Port Elizabeth, South Africa, Sarah joined a band in the early 80’s, of which she says ‘We were rubbish, but we had so much fun!’.
In the years that followed, Sarah’s bass guitar was consigned to a space under the bed and was eventually sold. Then life happened, which included marriage, relocation to the UK, family, divorce and then a move to Lancashire. Sarah’s daughter inherited the musical gene, and in 2016 graduated from Leeds College of Music and is now a professional musician in her own right.
After receiving a bass guitar for Christmas in 2009, Sarah was once again bitten by the bug. She started her own Youtube channel covering basslines of 1970’s and 80’s chart hits. Her videos have recieved support from around the world, clocking up over 3,000 subscribers and around 600,000 views. This success prompted her to advertise her talents to any local bands which might need a bassist. 3 years later, long after that advert had been abandoned and forgotten, a message popped up from Hats guitarist and singer Stef Hall inviting her for a drink and a chat, with a view to joining The Hats.
It quickly became aparrent that Sarah was destined to be a ‘Hat’ and she begun rehearsals with the band in the summer of 2016, making her gig debut on April 1st the following year. 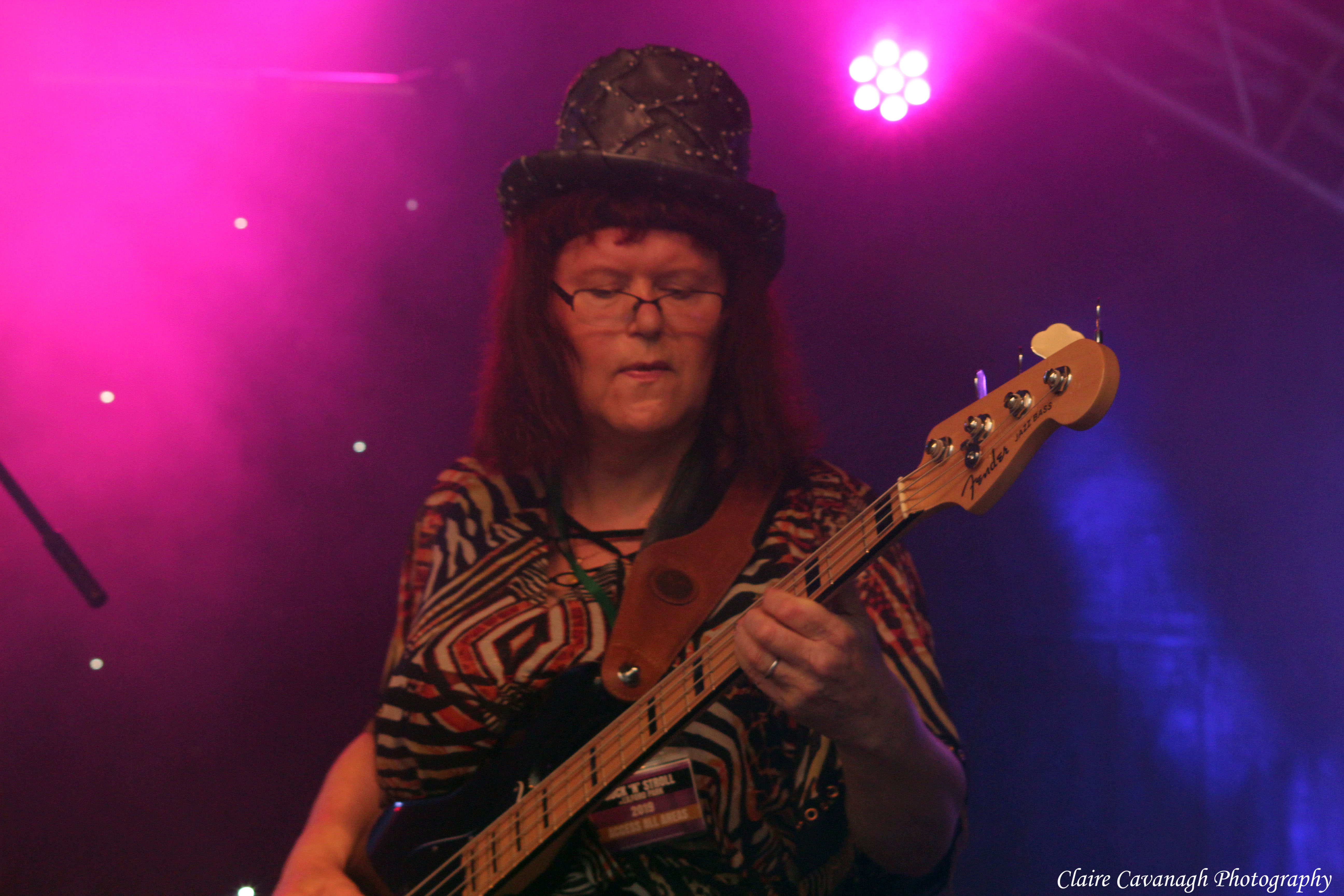 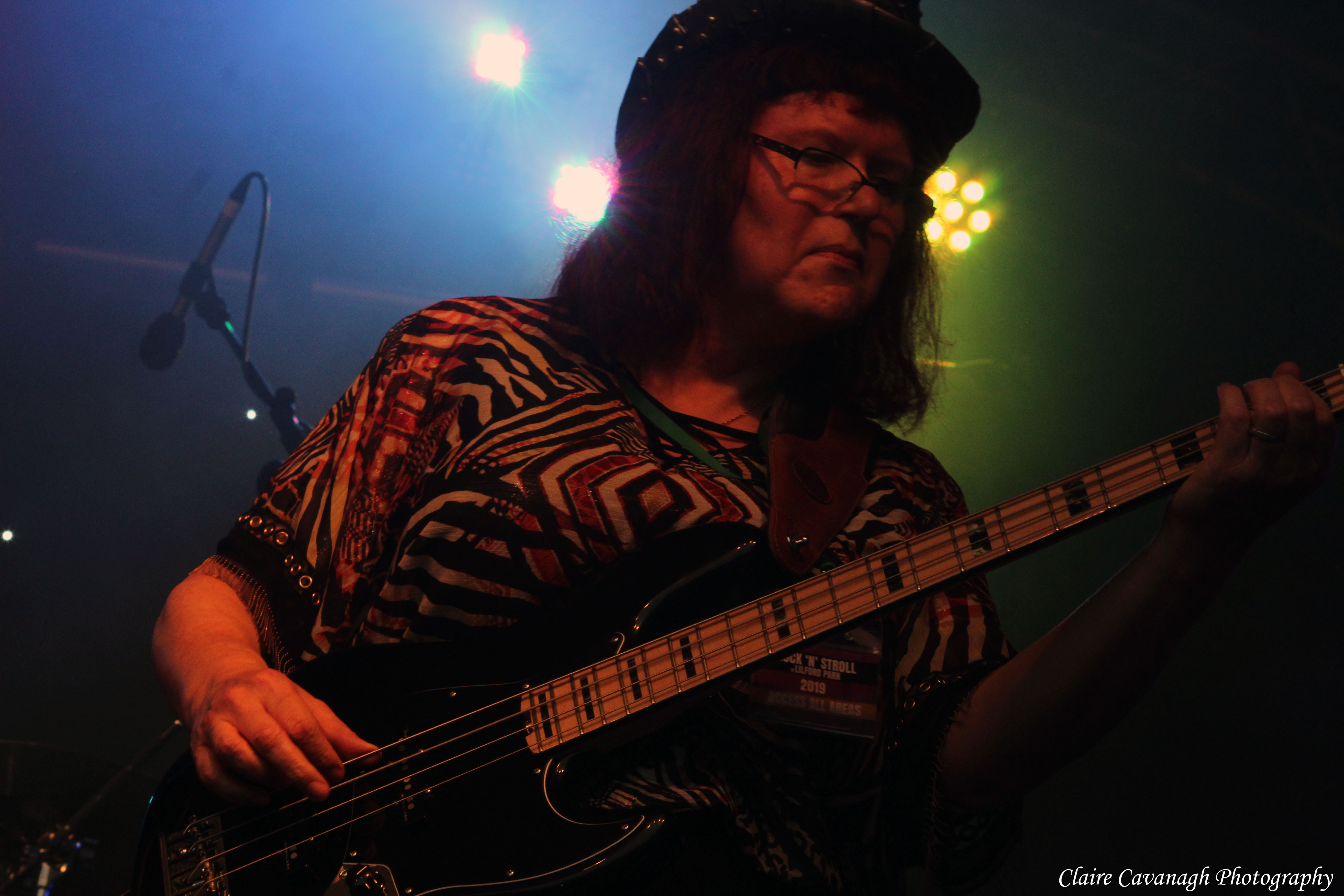 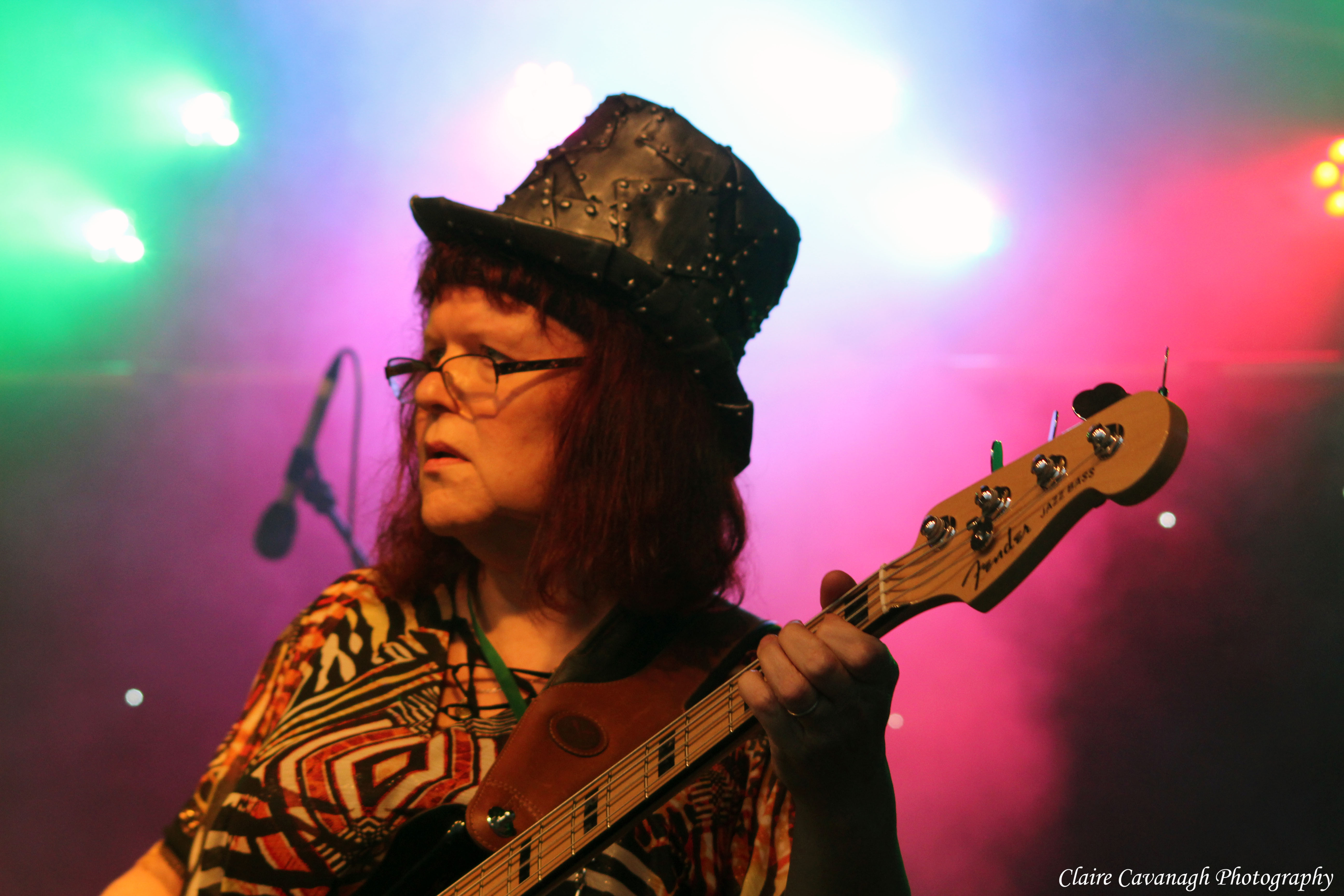 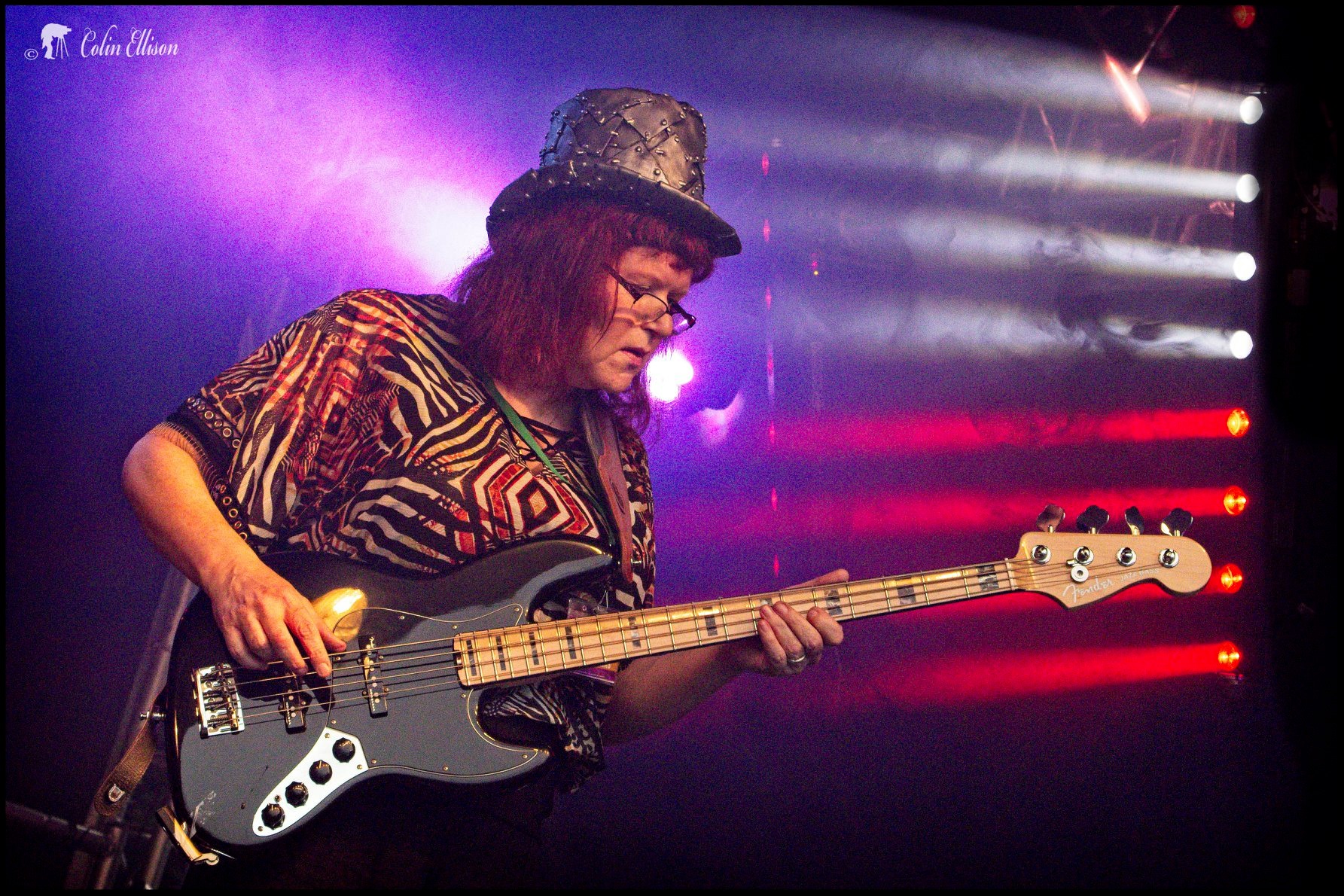 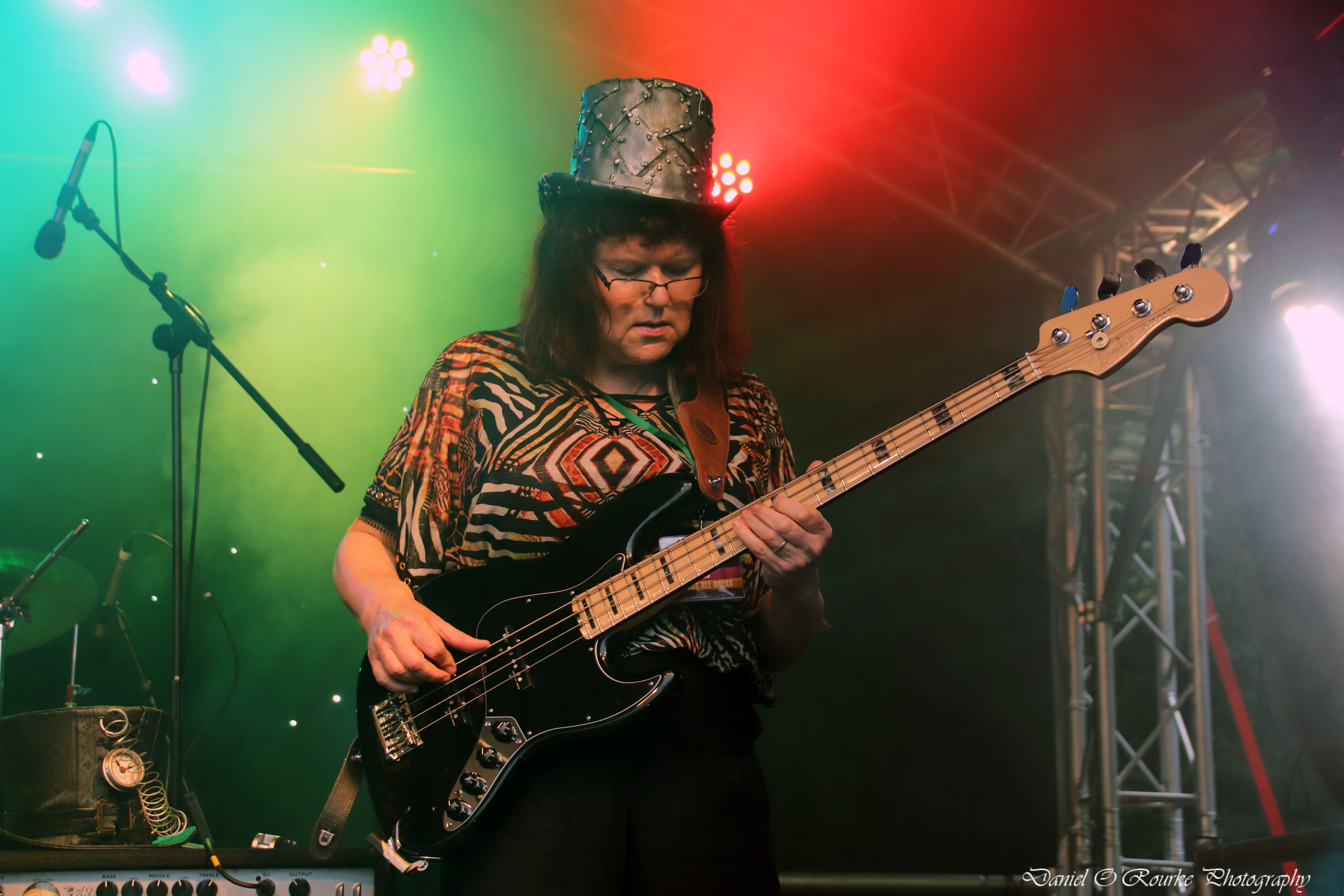 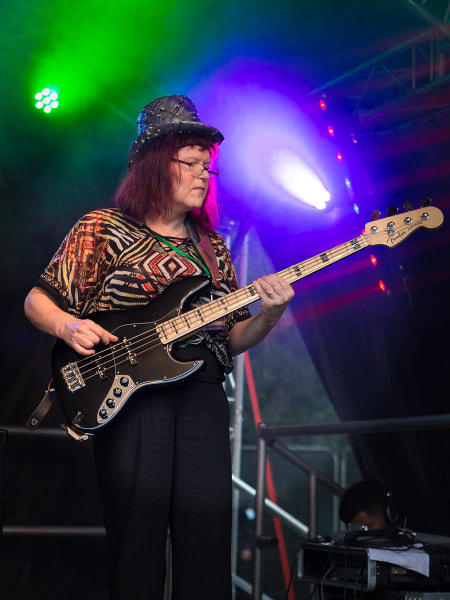 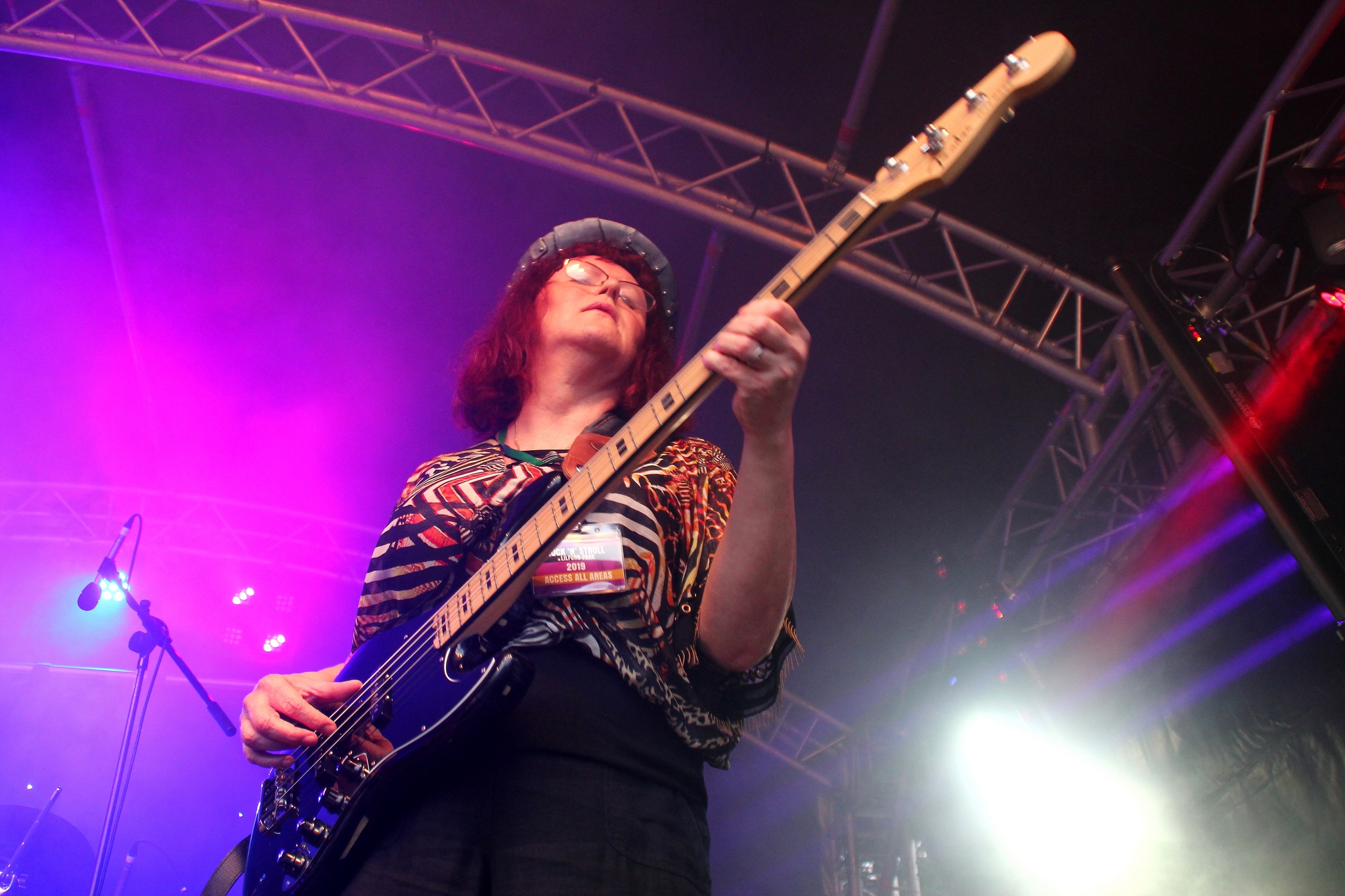 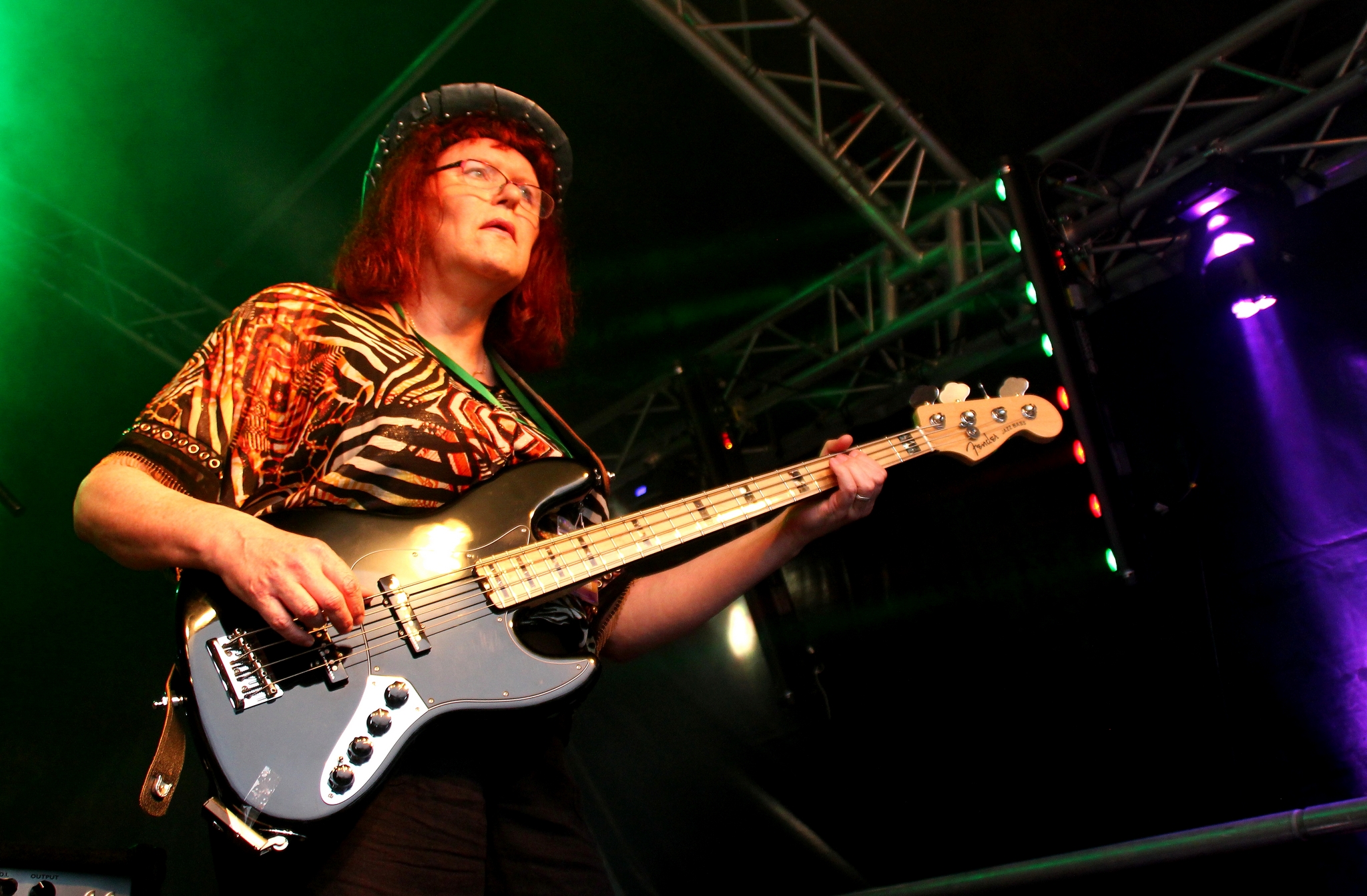 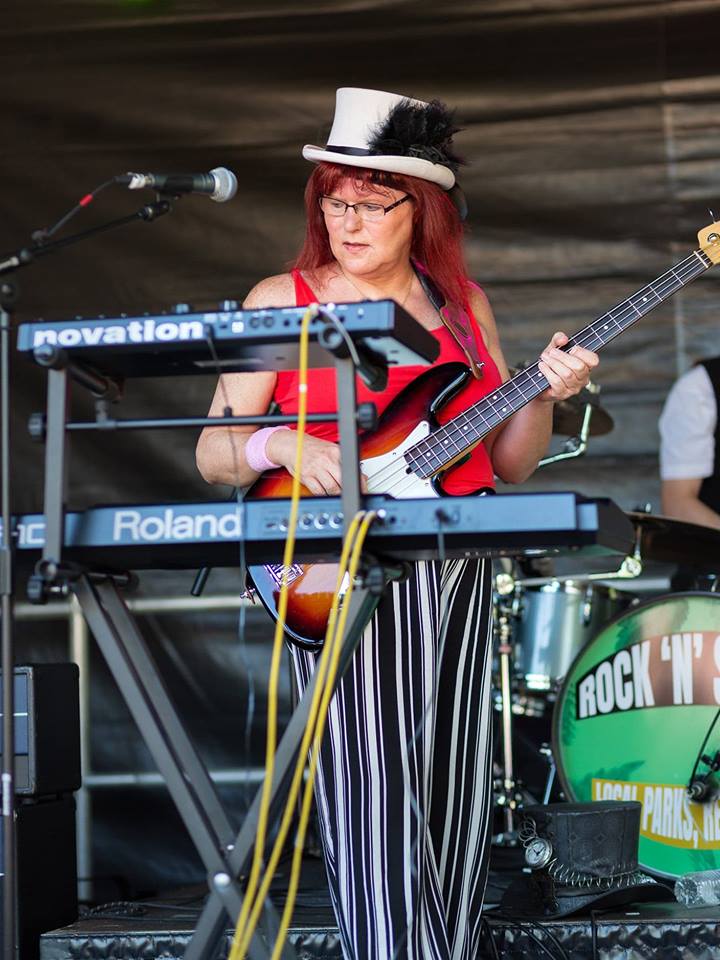 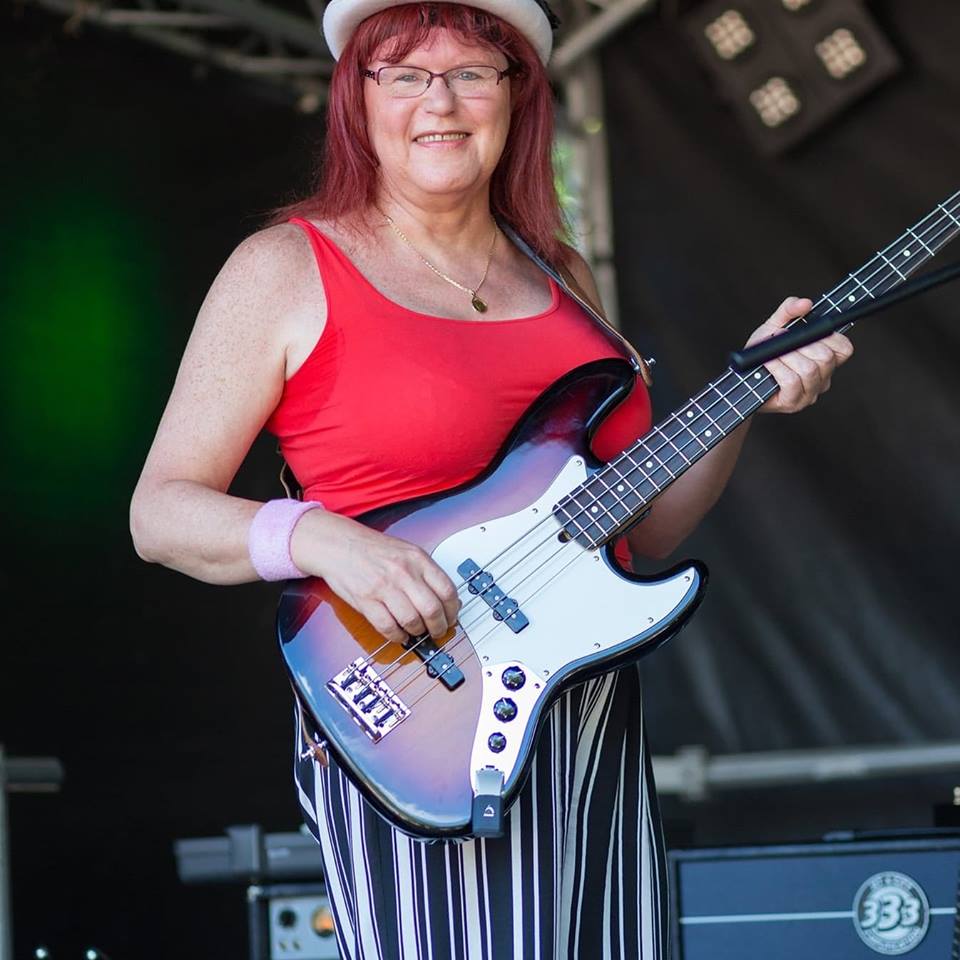 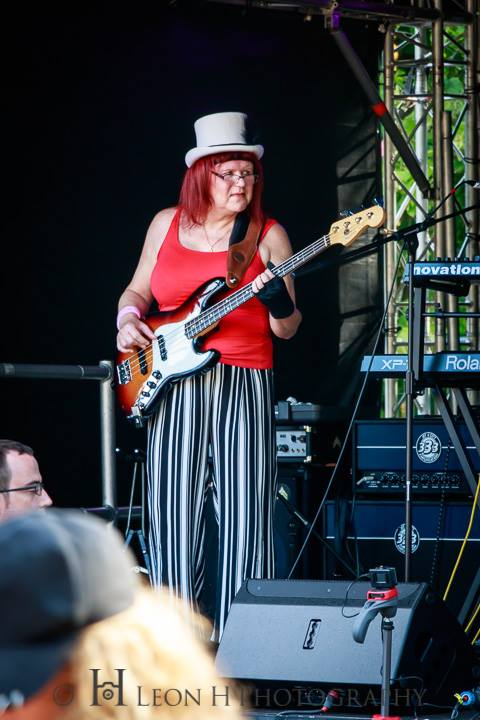 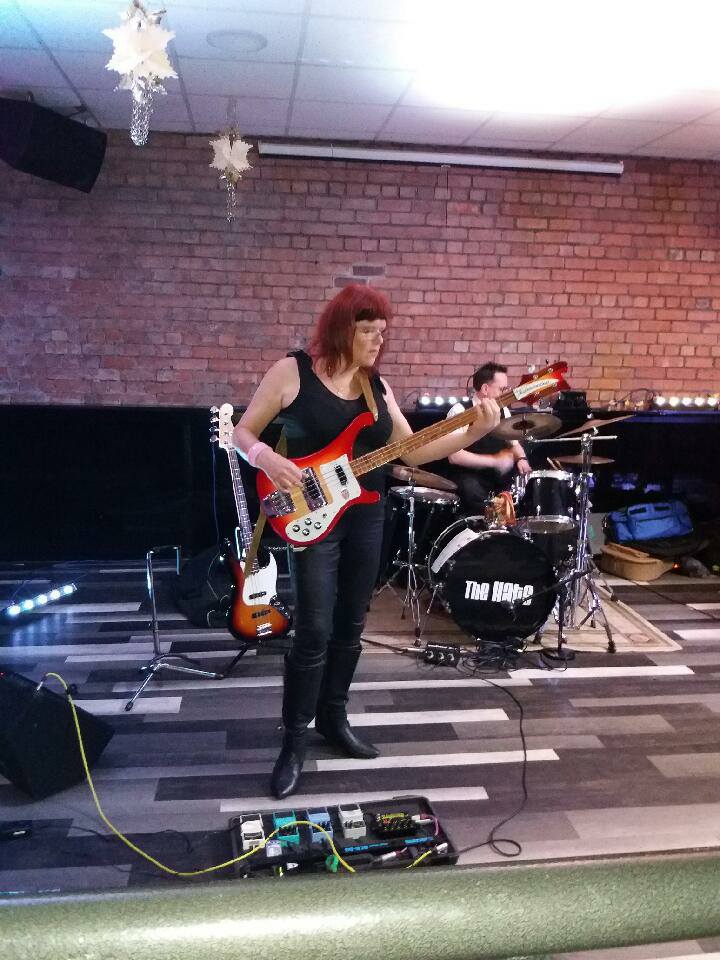 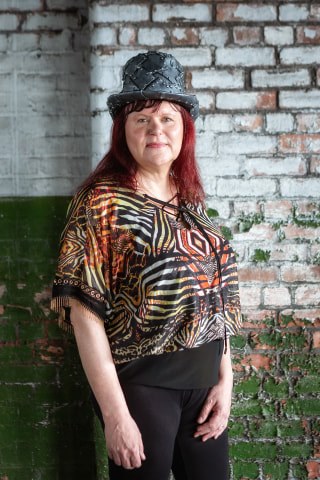 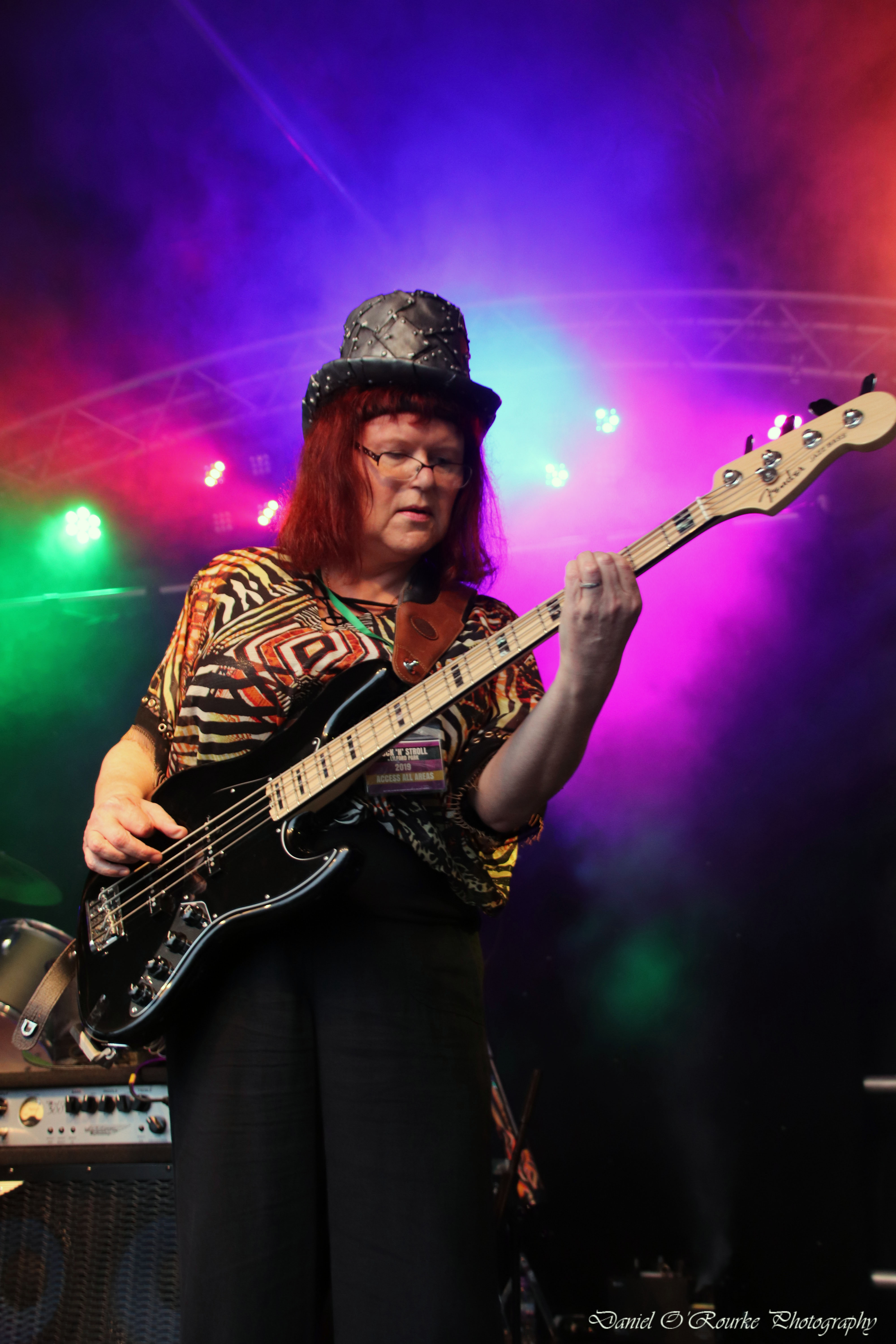 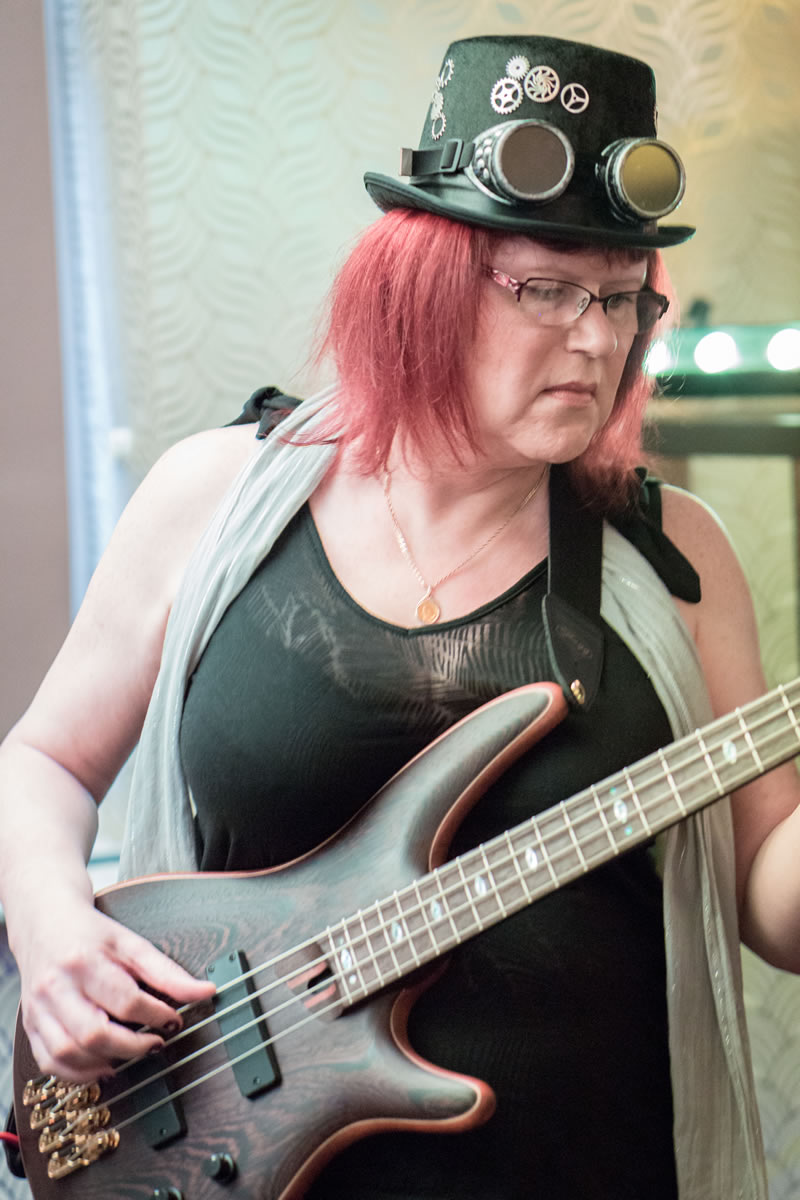 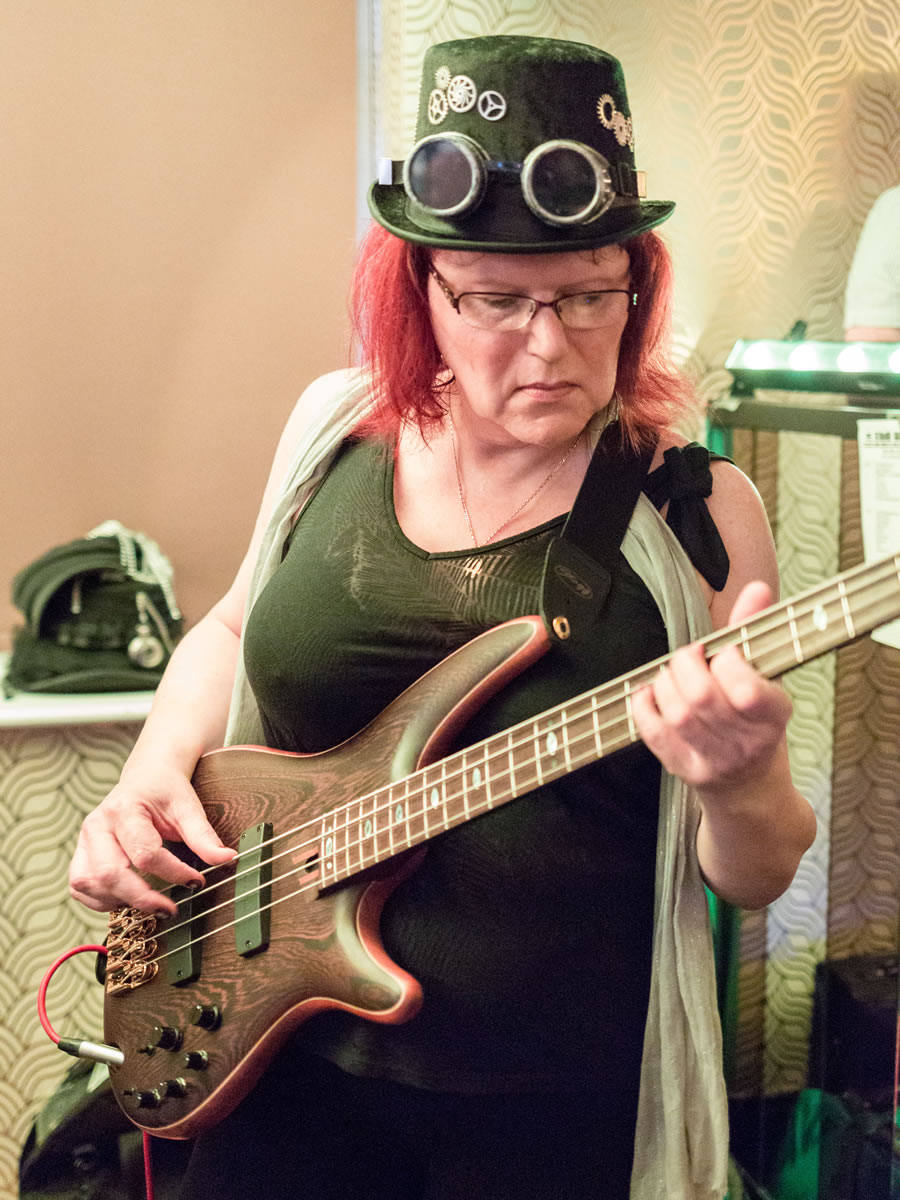